Founder of the Art 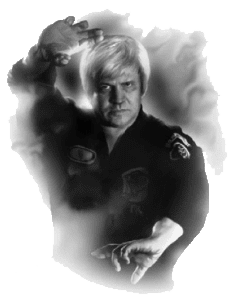 The founder of the art: Mr. Edmund K. Parker, FGM

Parker was born in Hawaii in 1931 and began training in the martial arts at a young age in judo and later, boxing. Sometime in the 1940s, Ed Parker was first introduced to Kenpō by Frank Chow. Frank Chow introduced Ed Parker to William Chow, a student of James Mitose who trained Parker while serving in the Coast Guard and attending Brigham Young University. In 1953, he was promoted to the rank of black belt. Parker, seeing that modern times posed new situations that were not addressed in Kenpo, adapted the art to make it more easily applicable to the streets of America and called his style American Kenpo Karate.

Parker opened the first “Americanized” karate school in the western United States in Provo, Utah in 1954. By 1956, Parker opened a Dojo in Pasadena, California. Parker was well-known for his business creativity and helped many martial artists open their own dojos. Mr. Parker is best known to Kenpoists as the founder of American Kenpo and is referred to fondly as the “Father of American Kenpo,” and is formally referred to as its Founding Grand Master.

He was well-known in Hollywood where he trained a great many stuntmen and celebrities. He helped Bruce Lee gain national attention by introducing him at his International Karate Championships. But most notable was his work with Elvis Presley, to whom he eventually awarded an eighth-degree black belt in Kenpo. He served as one of Elvis Presley’s bodyguards during the singer’s final years, and can be seen with him in the opening sequence of the 1977 TV special “Elvis in Concert.” Parker wrote a book about his time with Elvis on the road.

Parker had a minor career himself as a Hollywood actor and stuntman. His most notable film was Kill the Golden Goose. In this film, he co-stars with Hapkido master Bong Soo Han. His acting work included the (uncredited) role of Mr. Chong in student Blake Edwards’ Revenge of the Pink Panther and again in Curse of the Pink Panther.

Edmund K. Parker died in Honolulu of a heart attack on December 15, 1990. His widow, Leilani Parker, died on June 12, 2006. Of their four surviving children, only his son, Ed Parker Jr., remains active in the system his father created.

Ed Parker’s father enrolled his son in Judo classes at the age of twelve. Parker received his Shodan in Judo in 1949 at the age of eighteen. After receiving his brown belt in Kenpo, he moved to the mainland to attend Brigham Young University and began to teach the martial arts. Mr. Parker’s kenposhodan diploma is dated 1953.

It was during this period that Parker was significantly influenced by the Japanese and Okinawan interpretations prevalent in Hawaii. Parker’s Book Kenpo Karate, published in 1961, shows the many hard linear movements, albeit with modifications, that set his interpretations apart.

All the influences up to that time were reflected in Parker’s rigid, linear method of “Kenpo Karate,” as it was called. Between writing and publishing, however, he began to be influenced by the Chinese arts, and included this information in his system. He settled in Southern California after leaving the Coast Guard and finishing his education at BYU. Here he found himself surrounded by other martial artists from a wide variety of systems, many of whom were willing to discuss and share their arts with him. Parker made contact with people like Ark Wong, Haumea Lefiti, James (Jimmy) W. Woo (who developed many of the American Kenpo forms still used today), and Lau Bun. These martial artists were known for their skills in arts such as Splashing-Hands, San Soo, T’ai Chi, and Hung Gar, and this influence remains visible in both historical material (such as forms that Parker taught in his system) and current principles.

Lawrence Robinson had the opportunity to train under Mr. Parker in several workshops from 1983 until Mr. Parker’s untimely death. In October of 1985, he received his 2nd degree Black Belt directly from Mr. Parker under the recommendation of Black Belt Dennis Conatser.

Today Mr. Robinson, as well as AFTC’s top Black Belts, study with and are mentored by Skip Hancock, formerly one of Mr. Parker’s top students. 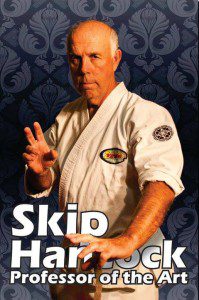 Mr. Hancock is recognized as one of the 24 Most Proficient American Kenpoists of Today. As a close student of Senior Grand Master Ed Parker, Skip Hancock would continually travel throughout the United States and internationally to learn, teach, and present the art of Kenpo. He was instrumental in the authoring of several books on the martial arts, the development of an international instructors’ program, and a good friend.

Today, Mr. Hancock is still presenting innovations in the art of Kenpo. He travels internationally for seminars and runs his own school in Spokane, Washington. He also heads “The Path to Excellence,” an association of top Martial Artists, and organizes “The Gathering” annually, which brings together Martial Artists from around the world to teach and learn. Mr. Hancock continually works to perpetuate quality Martial Arts. www.thepathtoexcellence.com

We will call you back!