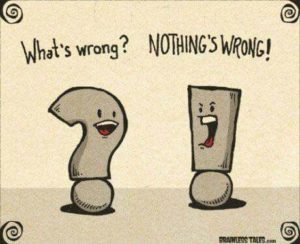 Over my years of training I have had to reframe my teaching process, a lot! The concept of “right and wrong” when it comes to self-defense is not as black and white as it is in other areas of study.

Initially, my first instructor had us focus on attribute training. For example for my Physical Test of my 1st Degree Black Belt we had to run 16 miles and we had to come in under a 10 minute a mile pace. Then we had to do: 500 Push Ups, 500 Sit ups, 1000 Mountain Climbers and 100 Burpees with a 2 minute jump rope in between each exercise- We had an hour to complete the exercises. At the time it seemed natural as our primary focus was be in better shape and hit harder than our opponent. Yes, we had to learn the techniques, forms and sets but fighting hard was really the measure.

I then moved on to another instructor that I worked with for 8 years who was on virtually the opposite spectrum. He was disciplined about every detail of every basic, form, set, etc. We tended to focus on the how and the why, much more than working the hard. Efficiency was a primary focus and we tested everything in competitive events and with promotional activities.

I then spent a short time working with one of Mr. Parker’s original students who introduced the awareness of explosive power unlike anything you’ve ever seen or could imagine. However because of several personal reasons I did not continue working with this gentleman but again was amazed at his effectiveness.

Now having the opportunity to train under Mr. Hancock for over 25 years I can appreciate and respect the blend of all these aspects of training- attribute based, precision based, skill based, and efficiency based. I truly value the awareness to relate all aspects of training through our Five Fitness aspects; Spiritual, Emotional, Mental, Perceptual and Physical.

These experiences combined with the understanding of incremental improvements helped me to define this understanding of “Nothing’s Wrong” when it comes to making a choice to defend yourself and in some instances even doing “Nothing” (which technically is something) is the right choice.

Now trust me, I can truly understand that there is a right and wrong way to do things but in fact, “wrong” is something that just doesn’t work under the factors of the set circumstance. For example; For proper effectiveness the move requires that I step back- however I’m standing on the edge of a cliff when I was grabbed by my assailant. In this instance side stepping may have a level of effectiveness and still afford me the opportunity to NOT fall off the edge. True the effectiveness is minimized by the maneuver, however I was able to defend myself in not one but two ways thus still making it “Right.”

For the teaching process, I might allow one student to execute a move, basic or pattern in a specific method knowing that it is not precise. It is important to recognize that the continued frustration of NOT being able to “Do” something due to a lack of coordination or skill may fully discourage them from working to improve. Our job as “teachers” is to guide students incrementally to a more “Right” choice or action. One that fits their skill/fitness levels and helps them to achieve a level of effectiveness despite the situation.
We then must continually mentor students to be aware that there is probably a more “Right” aspect that we can train and achieve. However, we can’t be aware of the more “Right” until we have experience the effectiveness of our choice and then despite success and/or failure be open to a more efficient and effect method.