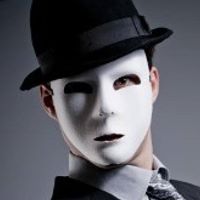 This is a copy from a publication that we did in a previous Gathering.   I felt it might be helpful as we look at motivations to share before we dive in deep!

The “Better Bad Guy Handbook!”
This idea sort of started as a joke and the more we made fun of it, the more it really started taking on a “life of its own.” We started recognizing that there was something significantly important about the idea.
Here was the Problem-
So back in the beginning, when I was a white belt there seemed to be this concept that beginners shouldn’t be “scared away.” So there was a no contact practice that was ever present. All instruction was done in front of the mirror and when there was a training partner. None of the actions needed to make contact to work. Sure it established a safe opportunity to understand the patterns but there was no real understanding of how things worked.
When we got up to like purple and blue belt the desire to make things work brought about this “smack em” mentality. During technique practice participants were hitting really hard to make things work.
It developed this attitude that “Hey, you’re a colored belt so you need to be tough!” Maybe some truth in that but here was the problem- You went from nothing to everything. In addition to avoid from being hurt as the person being hit you would resist everything and every muscle would be tight to prevent injury. This didn’t allow for a realistic reaction and/or position from the defensive combinations so the combinations would be modified to account for the unrealistic reactions. Again, not very reliable for training.
Here was the real problem in both the “no” hitting and the “all” hitting dichotomous variances- the people involved lost sight of the attitude; “You are Training” not “Defending yourself” not “Winning!”
Without a doubt those aspects are important but they are not training. They are the actual events. They need to be experienced while training but not always the purpose for training.
A Different Attitude-
Martial Arts training and understanding cannot be fully understood without interaction and feedback. It requires communication between the involved individuals. Remember back in the beginning, at least for me, I was told I would develop things like “Know your opponent,” “Read your opponent,” “Use his actions, against him…” Then you would be in a technique line and the attack person would step with the wrong leg and since it didn’t fit the pattern, the defender would freeze? What happened to all that magical awareness you were supposed to develop?
It’s because we don’t really train with a relationship mentality. Several years ago when working with a student we prepared a routine that we performed several times at demonstrations, competitions events. We spent hundreds of hours over a few years on the routine. We did it at full speed and power as we were training. Not every rep but several reps at each practice. We became so “in tune” with each other that we could improvise if something went wrong and always get back to the routine. Yes, there were lots of bruises and bloody noses when we performed as things weren’t exactly right but we always ended the routine successfully and never once didn’t complete.
I remember one time we had an important demonstration and I had a competition within days of each other. The demonstration was a little more significant than the competition so we focused more on that. After the event, I was pretty wiped but only had a few days to think about the competition. I was “hesitant” as I thought I wasn’t really prepared. Instead I had a great event- capturing first place in fighting and winning Grand Champion. I had a few of my opponents commented that I was really on and asking about how hard I was training.
Inside I was laughing because in my opinion I didn’t train for the event. In hindsight, maybe the interactive training I did for the demonstration was more valuable than bag work and sparring?
Part 2- Tomorrow- Better Bad Guy Training Relationships