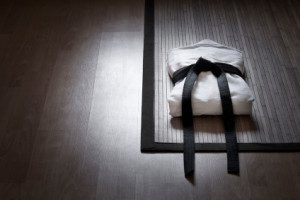 A quick follow up on my previous article. I have received lots of comments from several of you about the overall aspect of rank and promotions.

Let me start with this; as I had stated (Note: I have not heard any comments from him and all the uproar on Social Media might be null and void as he could simply announce he agrees.) I would like to state that in the same public forum that announced the removal of certification he responded and conferred most of the comments. He stated that he had not completed what was required and agreed with the decision. He returned the certification.

I found this action to be completely honorable and professional. He did not agree with aspects of the situation- which is understandable. Again, as I stated there are two sides to the situation. He stated that he would not be continuing his relationship with the governing body/organization. So, in the end I believe both sides of the affair honored their beliefs. Probably, the truly right way to handle this situation for all involved.

As I have written in past articles and expressed in “Give and Take” unfortunately Martial Arts ranking has no real value outside the group of individuals who recognize it. Ultimately rank is a representation of the relationship you have with your instructor. It is a degree in which he or she recognizes the personal growth you have made in achieving a level of skill, knowledge and experience. Further it is the relationship between the holder and their peers. It shows a companionship of mutual honor and respect. It then becomes the relationship of the next generation of students to the holder. That they trust his/her guidance in their growth. All of these relationships are merely represented by the belt. However again, the belt does not guarantee anything. It does not mean that the relationship will continue. Each side must hold up their part of the honor, trust and respect to the relationship and the mutual value placed in the training.

Unfortunately, again society doesn’t really care. The “bad guys” don’t care or potentially even know that you have a specific rank. Ideally they will regret challenging you but again that goes back to your quality of training and skill sets, not the belt. Even with a particular rank, the conditions may be more than prepared for. Rank doesn’t guarantee victory. Trust me, a lot of amazing Martial Artist have lost to lesser opponents. Again, rank didn’t matter.

In closing about this subject and situation, again I am saddened to hear about it. Saddened that it was such a public event. I do respect how both sides kept to their standards and stated their sides of the event. I believe both will continue on their own paths and move towards better days.