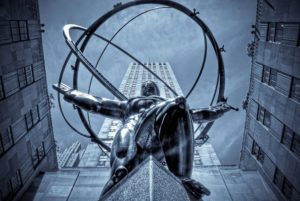 Normally when contributing to this blog I write them as a view point of Attitude First and normally use the term “We.”   For this article, these are my personal perspectives. Thus I have entered my name in the by line and will write in first person.   Note: I have also added my given title by rank in the Art of American Kenpo.

Recently, as seen on much of Social Media an event happened that a few of my senior ranks have asked me about.  I felt it important that I share my full thoughts here, as I think there are several aspects of this event that should be considered.   What happened was, an individual was recognized a Senior Black Belt Rank several months ago. The governing board that bestowed the individual and certified the ranking-recently rescinded their certification and several questions have been presented to me about this.

First, I am in not the authority that awarded this individual rank just to take it away-which I will review later in the article. Therefore I can’t critique the actions. However, I do have my opinions on such events. The questions I’ve been asked are: Why do it over Social Media? Can they do this? And would I do this?

Let’s begin with the simplest questions, Why over Social Media?   Simply because, that has become the nature of our culture.  We share a significant amount of ourselves on social media platforms- sometimes too significant?  The promotion was highly publicized over Social Media, making it only fitting that the announcement to rescind rank also be publicized in the same manner.

Now, Would I do this? I don’t believe so.   Much of this will be further explained throughout this article, but although I may be disappointed in someone, I don’t think I would demote them in this fashion.  However, there is always more to a story.

As I understand this.  The individual was promoted “provisionally.” Which in my opinion, was considerably the first mistake.  This means that the individual and the governing body that recognized him agreed that they would promote based on some requirements to be carried out in the future.   I get it, this happens all the time. There was possibly a big event coming up and the organization wanted to recognize some individuals.   Maybe one student was extremely close but needed a few more requirements that had to happen but obviously couldn’t complete before the big event.   So everyone agreed to this process.

Think of it this way-   Say Graduation Date was set and  specific finals had to be taken before graduation.   Unfortunately, an important life situation occurred that prevented the senior for taking the test prior to walking at graduation.  Administration agreed, under the circumstances that the Senior could walk with his class but not receive his diploma until after taking and passing the test.   He still “graduated” but now needed to finish and pass the test.

That was the mistake, in this case the individual was presented a certification with his public promotion to his Senior Rank.    Unfortunately, he did not complete the requirements to maintain his certified rank.   Now the governing board felt that this was worthy of publicly announcing they no longer recognized the rank and certification.

Here’s where it all gets convoluted.  Remember much of this revolves around the mystic of the Martial Arts and is based on the perceived aspect of Honor and Respect.   These aspects do still reside in the Martial Arts today but sadly now it is a business with profit and reputation involved.  Unfortunately, the latter often times over rules the previous aspects.

With this however, really comes my personal views.   IT ALL DOESN’T MATTER!!! No one can ever take away your skills, knowledge and experiences.  If that is what your rank is based on.

First, let’s look at the Senior who didn’t pass his test to get his diploma.   Does “not having” the diploma take away his education?   Note: I also get it, in our society so much of our adult activities are attached to that diploma and without it, we miss out on a lot of opportunities-  However, it is not the same with the certification of “Black Belt.”

Unlike the educational diploma, the Martial Arts has not truly set a recognizing governing board that is in charge of certifying and controlling promotions for all Martial Artists.   Each governing board or Association is merely a group of like minded individuals who have agreed to a set of standards.   In addition, there is another group- their students/members that recognize their authority.   No one else in society recognizes them.   There is no legal body that says who has the authority to promote.

A quick story:  Several years back when I was a 4th degree, I was at a health fair promoting a program I was teaching at a local community center.   A nice lady approached me and asked what I was offering.  I told her Martial Arts and she told me that her grandson who was like 10 years old, had recently received is 2nd Degree Black Belt in Tae Kwon Do at a local school.   “He’s as good as You,” she stated and then went on that she didn’t need any information.   Yes, in her mind her 10 year old grandson was as good as me, who at that time over 25 years of teaching experience.  More That twice this young boy’ s age much less training experience.  That is society’s perception!

Yes, today I question Honor and Respect!  The honor and respect of the individual getting promoted- why did he accept it and/or not fulfill the provisions?  (Note: I have not heard any comments from him but all the uproar on Social Media might be null and void as he could simply announce he agrees.) With honor and respect of the governing board who could have addressed things differently.  Finally, the overall honor and respect that society really maintains for the Martial Arts; if it really were that important wouldn’t they view a Black Belt as a true achievement and honor the training and education that goes into earning the rank?   Wouldn’t all the different organizations and styles come together as a true body and set true standards that all groups collectively follow?   Potentially like setting an age/time requirement-  years/hours required for receiving rank and certification?

To sum this up there is one more aspect that I alluded to earlier.   Regardless of “rank” no man, governing body, etc. can take away one’s knowledge and skills.  What you earn and experience are yours forever.   If someone recognizes your achievements and honors that, can they really take that away?  In this world of business I realize that one’s recognition and certification may profit me, and if they feel I do not deserve that profit or unable of meeting or maintain their standards they can strip me of my certification.   Happens all the time in business.  So attempting to view the business of Martial Arts with the same aspects that you view the Art and historical side.  You can’t and shouldn’t.

“Just as I supported my life, neither by robbery nor arms, but by my own efforts so I do not seek to deprive my happiness from the injury of the favor of others, but earn it by my own achievements.” ~John Galt   (Ayn Rand)