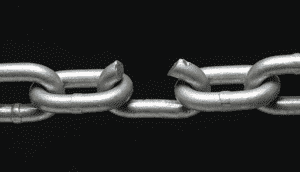 For most stand up or striking Self-Defense systems their seems to be a disconnect between their proposed Self-Defense techniques and then their fighting styles.

You can watch countless Martial Artists perform incredibly skilled and intricate maneuvers that allow them to subdue an attacker in the blink of an eye and yet if available you can watch them spar and/or fight for hours and never execute any of these amazing techniques. Actually, there are several reasons for this and in this article we will attempt to touch on a few and see if we can reconnect this odd disconnect.

The first reason these two aspects are disconnected is in the nature of the intent, your intent. In the Self-Defense there is an intent to “stop” the opponent and in the fight more of an intent to “best” or “win.” In the Self-Defense the opponent is committed to the primary attack allowing the defender the opportunity to also commit to the counter. In a fight or sparring there is more a lack of commitment to any one single action and the use of combined action changes the timing allowed.

Technically, one could state that on the street many situations could have started out as a Self-Defense situation and turned into a fight. This is completely a true understanding it would mean that the Self-Defense was not completely effective and exchange of ACTIONs developed. However, on the street the assailant needs to end the encounter as quickly as possible to avoid capture and or injury. This need turns their attack into their own need for Self-Defense. As soon as they have the upper hand they are going to get away or take the situation to the end- “your” end.

Now let’s take this back to most Martial Arts schools. Still there seems to be this odd disconnect. They work hours on specific attacks and counters and then you watch the spar and you see little to no technique. This again goes back to the intent. When sparring they have now agreed to a set of rules usually designed for safety. They wear protective equipment that alters the effect of strikes as well as the ability to execute some ACTIONs. Also because the attitude have adjusted to challenging each other and ultimately, “besting” or “winning” and they are attempting to minimize injury. They must focus on a subset of abilities that allow them these aspects.

When working their Self-Defense techniques there is also an understanding of control but there is an awareness of how strong to attack and counter allowing for success. The speed of action is also controlled allowing for the counter to be effective. Remember, everyone in the school setting is working towards success therefore the “attackers” knowing that ultimately the defender is to succeed will in fact adjust, slow down, comply, etc. so that the defender can complete their defensive technique. Either that or risk injury.

Some of the disconnect can be removed by altering your training practices. This does require some greater patience and awareness but participants can move slower and with less effort. Again there is a predominance to being successful, so when fighting and one recognizes that the other is working towards a defensive combination- they now need to allow the combination to continue and then work to “flow” counter combinations within the activity. This attitude or intent to “best” or “win” needs to be removed and a new attitude of “create” needs to be adopted. Even still with this controlled aspect targets and weapons may need to be altered to reduce injury and the awareness that injury is still possible must be accepted.

Ultimately, it gets back to the understanding that it is a “Form to Function” awareness.   It is understandable that schools and instructors would work with each aspect differently as there is a different intent.  However, to improve the student- working to bring the skills closer together and remove the disconnect would be a valuable training opportunity.