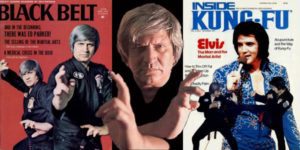 “To hear is to doubt, to see is to be deceived, but to feel is to believe.” ~Ed Parker Founder of American Kenpo

This is probably my favorite of all of Mr. Parker’s sayings. It holds so much truth to it. Although Martial Arts training is truly a passion that I have dedicated much of my life to. I recognize that there is another side of it that is hard to appreciate. There is an “ego” side in which we all compare systems/styles, who is right and who is wrong. I have had the fortunate opportunity to meet and work with some pretty amazing Artists. Most incredibly skilled. Many that I will respect and admire always. Yes, a few that although I found incredibly skilled and I totally respect- unfortunately our view of life just didn’t mesh. I also have to admit that I’m sure in many ways I didn’t measure up to their standards either.

On December 15, 1990 the Martial Arts world lost an important ambassador. Edmund K. Parker was a pioneer to the United States and the world when it came to the Martial Arts. How it was taught, executed, wrote about, displayed in TV and movies, how competitions were held and so much more. He truly opened the door for others such as Bruce Lee, Chuck Norris, Bill Wallace, Frank Trejo and many more to be known for their skills. He was the FIRST in many areas; creator of the first recognized American Martial Arts, first commercial Kenpo Karate School in the US, promoter of open tournaments, writer of books about the Martial Arts and Kenpo and so much more.
This article in honor of Mr. Parker on what we celebrate as World Martial Arts Day isn’t really about all his amazing things but merely a small note about how he affected others with his wisdom and personable charisma.

In 1983, Mr. Parker was in Scottsdale, in town for training with Mr. Dennis Conatser and holding some Kenpo seminars. I also at that time was staying with Mr. Conatser and training for a Full Contact Kickboxing event. I was out for an early morning run. When I came back to the house Mr. Parker was standing on the porch- enjoying the cool early Arizona morning.

He asked me what I was preparing for and I told him. His eyes lit up like you can’t imagine and a mischievous smile shaped his lips. “So!” He said- “Tell me the difference between Full Contact and tournament fighting?” I was a little taken back as I hadn’t really considered much difference at the time other than hitting harder and that there was little to no stopping to award points. What proceeded, even though it lasted for less than a half hour was an inspiring moment that time stopped. We discussed; guarding, combinations, covering the gap (which inspired my 2nd Degree Black Belt thesis) breathing differences and body maneuvers. Much of those few moments sent me down a rabbit hole that I still haven’t climbed out of.

The unique thing was that I saw and heard countless stories where he did the same with others. Obviously, because of his status in the Martial Arts world, his time was very precious. However, it seemed he always took time to in some way to spend moments of intimate and meaningful time with many. Some high ranking Black Belts and some with a parent of a student or a guest. Once while he was conducting a seminar at my first school “Dragon’s Lair,” during a lunch break he ushered everyone out of the office so he could share lunch with my 18 year old sister at the time. She was visiting and Mr. Parker was fascinated that she was a heavy equipment operator at a dam in Globe. The interesting thing about it was my sister had really no idea who he was but stated his was such a gentleman and so interested in what she was doing.

Again, the saying at the beginning of this article is really also the theme. I can share with you the importance he made to me and many others but unfortunately, you can’t truly appreciate it as you didn’t experience it. I truly wish you could but I guess that was his gift to me and only me. Again something he did for so many. We now celebrate Mr. Parker and his influence each year. We train in his honor and do our best to improve on ourselves and remember the legacy he created for all of us.